“Once upon a time, a demon who desired earthly domination fathered an army of dark daughters to help him corrupt humanity . . .

“As children, Goldie, Liyana, Scarlet, and Bea dreamed of a strange otherworld: a nightscape of mists and fog, perpetually falling leaves and hungry ivy, lit by an unwavering moon. Here, in this shadowland of Everwhere, the four girls, half-sisters connected by blood and magic, began to nurture their elemental powers together. But at thirteen, the sisters were ripped from Everwhere and separated. Now, five years later, they search for one another and yearn to rediscover their unique and supernatural strengths.” 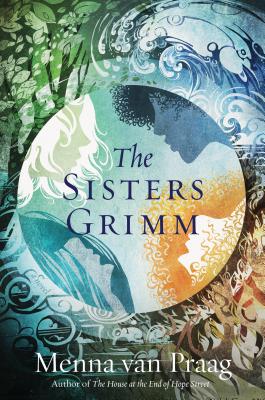 Everyone seems to have a favourite sister. I love Scarlet, but I am probably biased. My eldest granddaughter is called Scarlett (with an extra ‘t’) so it’s no doubt favouritism by association. She’s only five and a half, doesn’t have red hair and can’t shoot fire from her fingertips (yet) but I think of her when reading. No-one likes Bea much, which is a shame because she is misunderstood and misdirected and the only true-blood Grimm. Goldie should be my favourite but she isn’t only by default – see Scarlet above – and Liyana is up there with Goldie. But in reality, I love them all, including Leo.

I’m not sure why some people found the POVs confusing or the timelines. They are clearly marked in the headings and each character’s voice is unique, whether written in the first person (Goldie) or third. I know the jumping back and forth from when they are young to now is confusing in some books but the author has done it so well that I never forgot where we were. I almost gave it five stars as the writing is so beautiful and lyrical but I thought it was a bit overlong and the ending was not to my taste but that’s all I can say due to no spoilers. I have read four of the author’s other books but The House At The End of Hope Street is still my favourite. A fabulous read though and highly recommended for lovers of fantasy and magical realism.

Many thanks to The Pigeonhole and the other Pigeons for making this such an enjoyable read and to the author for popping in to ‘read’ with us.

This is just so good. Alice Hoffman is still probably my favourite author of all time. The story is set during the the second world war and follows the lives of three young women – Lea, Ettie and Marianne and the two brothers Julien and Victor. There is also another main character in the form of Ava – a golem (from Jewish folklore) – created from earth and clay by Ettie (daughter of a rabbi) at the behest of Lea’s mother Hanni. Knowing that as Jews they would soon be taken by the Nazis and sent to a death camp, Hanni asks Ettie if her father would create a golem to protect 12 year old Lea. Ettie knows her father will not do it but says she can do it herself in spite of being a woman. So Ava is created. Lea escapes to Paris (from Berlin) with Ava and stays with Julien and Victor’s family. Marianne is their housekeeper but Victor is secretly in love with her though she is not Jewish and is five years older than him. And so their lives become entwined forever. Some of what they have to endure, carry out and be party to is heartbreaking, yet the strength of the human spirit is also uplifting. For some people – those who do not like magical realism or anything supernatural – this may not be for them. But for me Ava is the star of the show and her transformation is wonderful. I totally forgot that she a a mythical creature from folklore. Just accept it and see the beauty in the story.